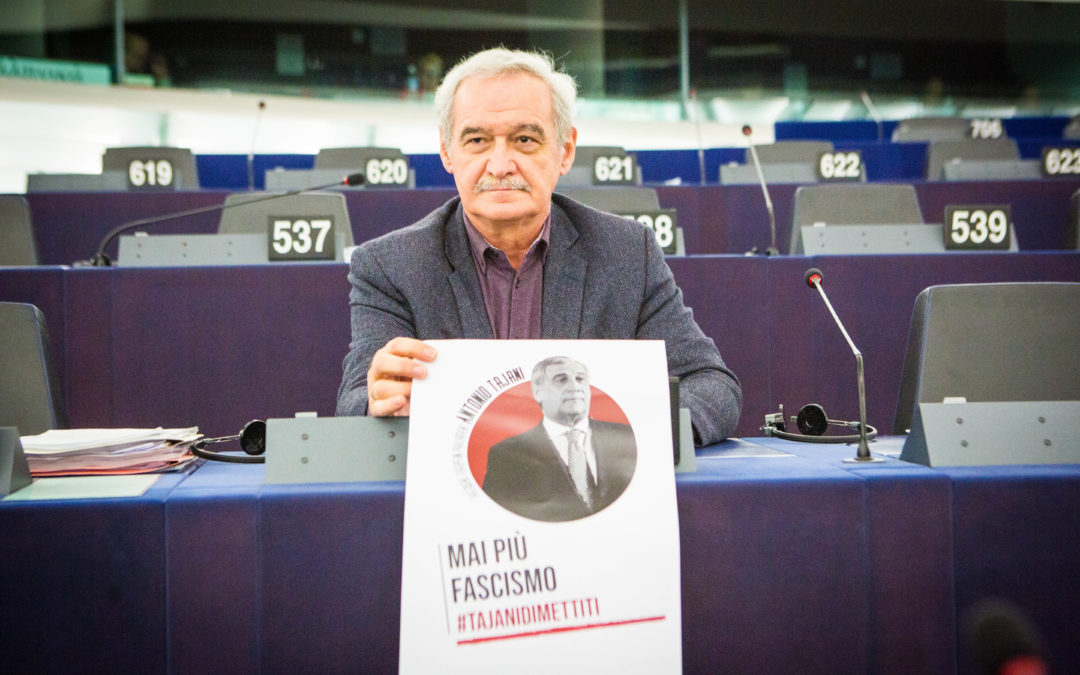 Tajani must resign over praise for Mussolini
March 14, 2019

Demanding his resignation, the GUE/NGL group expresses its shock and outrage at the statements made by European Parliament President Antonio Tajani on Italian radio.
In a clear attempt to normalise fascism, Tajani said, “before the war, Mussolini did positive things. Until the war and the alliance with Hitler, until the race laws, apart the dramatic assassination of Giacomo Matteotti, Mussolini did good things like infrastructure. You have to be honest”.

The fascist regime in Italy was a tragedy that spread worldwide, culminating in a world war that killed hundreds of millions with unprecedented destruction.
Mussolini annihilated the Italian parliament at the start of his regime, and his orders to kill or jail political opponents included Socialist leader Matteotti, murdered in 1924, and Antonio Gramsci who was jailed in 1927.
Tajani’s statements are outrageous and completely unacceptable. How can someone who represents the main democratic institution in the EU resorts to the same old slogans that fascists and the extreme right have being using since the end of the war to justify the Mussolini regime.
GUE/NGL demands Tajani’s immediate resignation. Europe is now facing a tough fight against the extreme right and openly neo-fascist organisations.
This Parliament cannot be represented by a President who tolerates the fascist initiator himself. 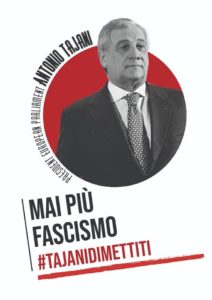